God, why does my sister have to bug me about everything? I can't even get something for myself because she starts an argument about it. My stupid wig is only 30 reais, the bills are way harder to pay. As if she doesn't buy unnecessary shit too. And she will accuse me of living off of dad's money (which yeah, I do) when she's doing just the same. Ugh, everyday is a struggle here.

So I guess my plan to write everyday is gone haha. But it doesn't bother me too much. I had a pretty boring day doing stuff for my dad and all. My friends came over and we had some temakis ordered and now it's basically bedtime.

Had a lazy day, which was nice. Tomorrow I'll go to my father's office and attempt to be productive. Hopefully it will work! Gonna try to work on some of my art too, because I feel I've been neglecting it all (I'm also doing some research because money has been an issue for a while and I'm trying to start taking commissions.) 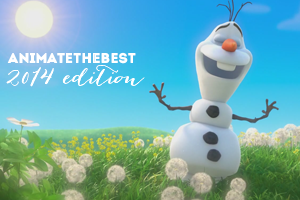 Remember you have until July 23 to nominate icons :)

Though today I went out for a walk around the square in the sun? So that was something at least. It was nice to get some time off my parents and all, they can be a bit much sometimes. The rest of the day was pretty much spent playing facebook games or doing

tcg_exchange stuff. I did get started on a gift for a friend (she wants to decorate her baby's room with sketches of Totoro from the people at our uni).

Later at night my aunt and cousin came here to watch some movies, but we only got to watch Lilo & Stitch (which is pretty much always great). Convinced my aunt to at least try to sew my Kuma costume, yay! (The 'human' version, not the bigass bear costume ahahaha).

That was pretty much it, I think :O

+ It's slowly sinking in that I'm almost finished with University. I'm scared as fuck of everything, of failing myself, you know?

+ I really really miss being in a relationship.

tcg_exchange has been so fun with all the new games and stuff! You guys should definitely check that out.

+ Been making lots of icons, though I don't think most of them are posted at my comm yet. Still, I recently finished a set, so if you want to check that out, just head over to

1. Reply to this post and I will pick five of your icons.
2. Make a post (including the meme info) and talk about the icons I chose.
3. Other people can then comment to you and make their own posts.
4. This will create a never-ending cycle of icon glee.

Here are the icons he chose:

Man, I've been vwery productive with icons lately. Still don't have a new computer, so I have to do them whenever I can get on a friend's, but I've been managing well.

I thought at first that I would go crazy without a computer, because I was very dependent on it and used it as a escape from everything, but I ended up discovering that I don't need it for that anymore (at least not on the level I did before).
Collapse